Serving Georgia With Over 24 Years of Experience

When someone is accused of driving under the influence of alcohol or drugs, they are facing a challenging moment that can change the rest of their life. A DUI conviction is often accompanied by jail time, fines, and a suspended or restricted license. If you have been arrested for DUI in Atlanta or the surrounding area, it is crucial that you contact an Atlanta DUI lawyer as soon as possible after your arrest. 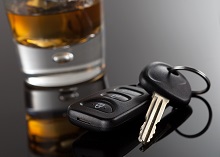 Contact the Atlanta DUI Attorney at Abt Law with over 24 years of experience. Call today at (678) 582-2272 to begin defending your future.

Until recently, Georgia required that those who have been accused of a DUI file an appeal within 10 days of their arrest. The state recently changed this law to feature a 30-day requirement. This limit means that those accused of a DUI have only 30 days to obtain the help of an Atlanta DUI attorney and appeal the suspension of their license.

Like many other states, penalties for DUI charges are influenced by how many times an individual has been convicted of a DUI in the past.

If you are facing a fourth DUI offense, it will be charged as a felony, so you’ll need the defense of an experienced attorney who will fight to acquit you or have your charges reduced or dropped. However, you should not hire an attorney only for felony DUI charges. Every DUI charge benefits from the help of an Atlanta DUI lawyer. An attorney will ensure that your rights are protected and will fight to make sure you do not lose your driving privileges.

DUI charges can damage your ability to make a living and may even harm your reputation in the community—our firm will fight to protect your name and freedom.

When facing driving under the influence (DUI) charges, there are many different things that could have happened, including a refusal to submit to a breath, blood, or urine test at the time of arrest. Although Georgia has an implied consent law, where a person can have a license suspended for a year or more for refusing to submit to the test, there are defenses available to this refusal, including the following:

A refusal to submit to a chemical test does not mean that there is no evidence to prosecute a driving under the influence case. The refusal itself can be introduced as evidence that the driver was under the influence and was aware of the legal implications of his blood alcohol content (BAC). However, there are many ways to fight against this evidence, with the help of a skilled and tenacious Atlanta DUI attorney.

Abt Law Firm is based in Atlanta and serves the surrounding areas, including DeKalb, Gwinnett, Fulton, Cobb, Clayton, Cherokee, Forsyth, Douglas, Rockdale, Newton, Henry, Walton, and Hall counties. Over the last two decades of legal practice, Mr. Abt had developed a relationship with prosecutors throughout the area. They know him as a capable attorney and respect his authority in the courtroom.